Alex Asogwa, aka Alex Unusual, has responded after a follower called her out for posting new photos of herself a few days after her friend, Rico Swavey, was buried

Ruger explains why he always wear eye patch
SAD! Dwayne Johnson “The Rock” is not returning to the Fast and Furious franchise.
Fireboy DML is collaborating with English singer, Ed Sheeran for remix of hit track, Peru (Video)

A follower reacted, calling her out for ”moving on fast.” He added that he thought she was still mourning over Rico’s death, however, he misspelled the word as “moaning.” 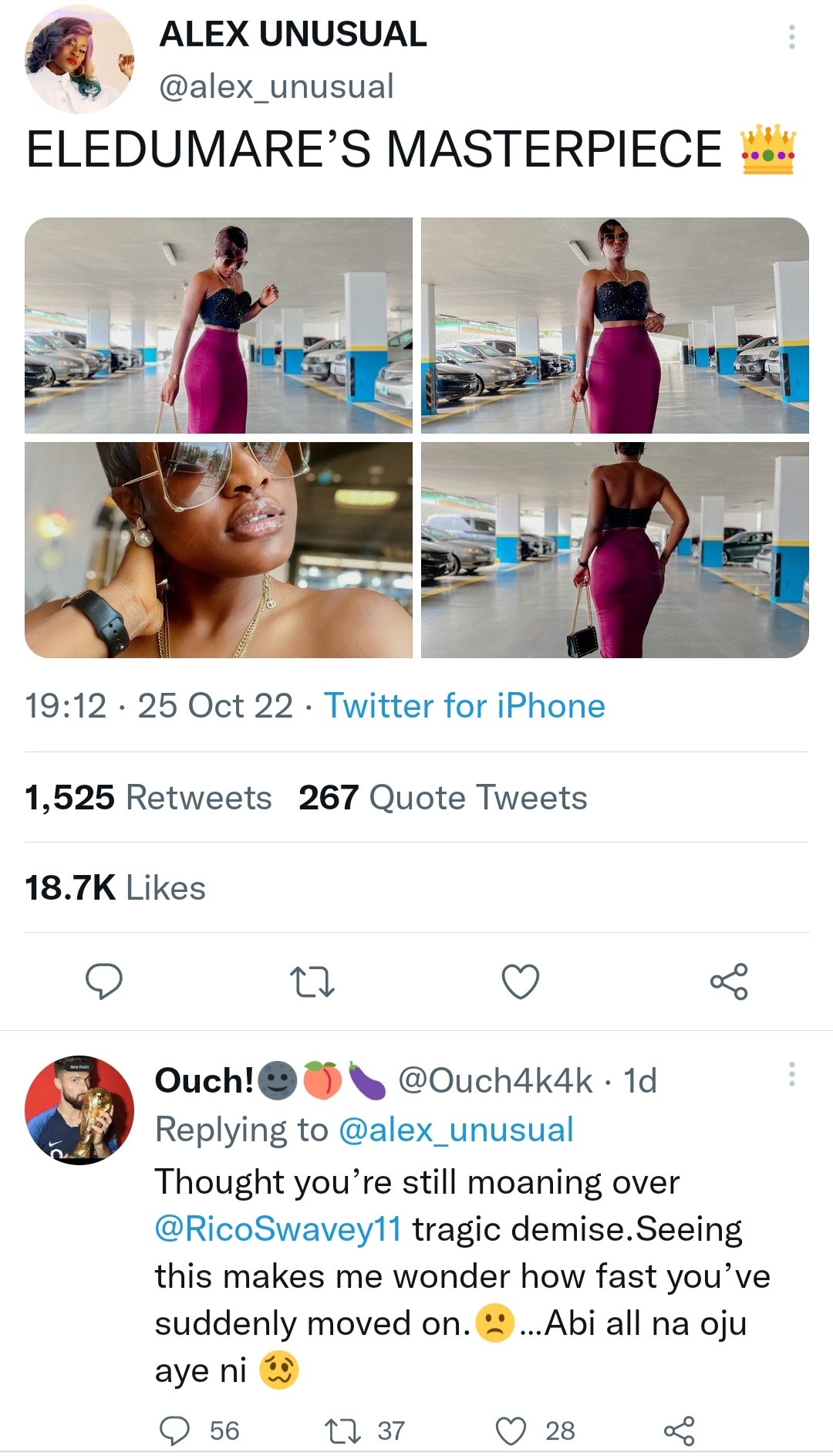 Alex responded, telling him to “moan” alone and leave her out of it. 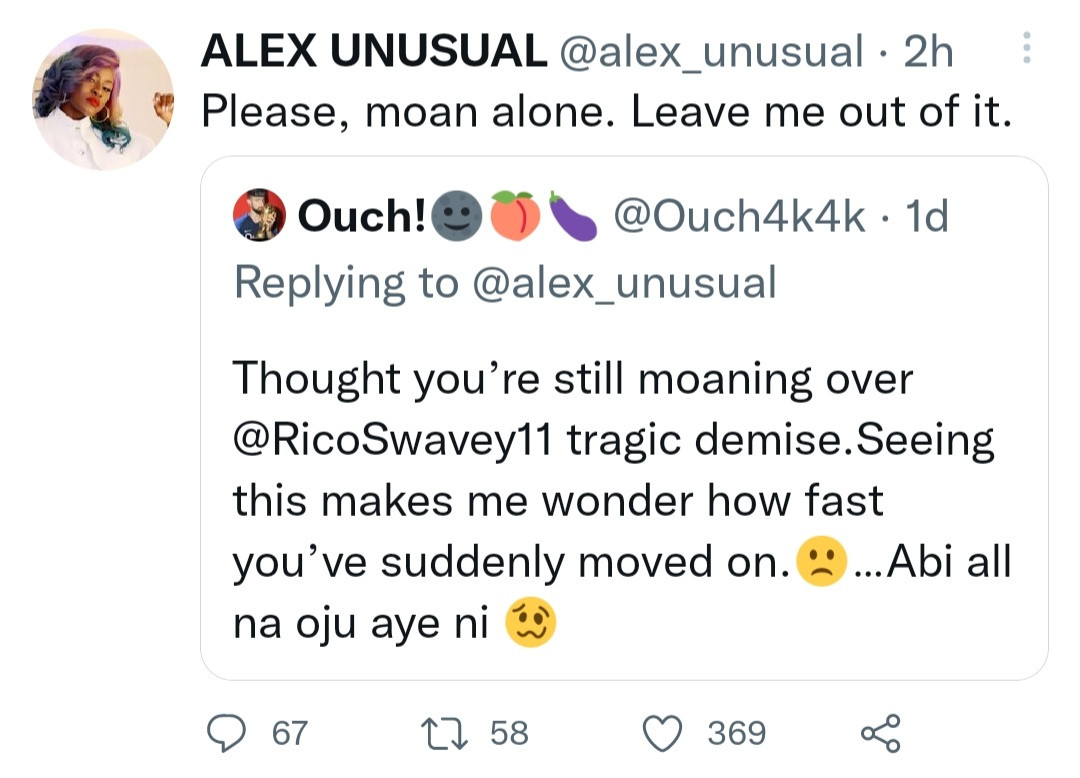 A source close to the DJ told The Sun newspaper’s Bizarre column that the 54-year-old DJ and the 30-year-old actress called time on their romance as t [...]
Chinwengozi Udechukwu October 27, 2022
Celebrity

Lift Me Up – Rihanna